From Tragedy to Triumph

There is a story about the famous evangelist George Whitfield (1714-1770), whose preaching in the American colonies sparked a series of revivals known as the “Great Awakening.” One day, Whitfield received sad news that a woman with a large family recently became widowed. He resolved to help her. “When the Lord presents us with a case of need,” he said to his friend, “it is for us to meet it.” Whitfield then removed from his safe five guineas (English gold coins minted between 1663 and 1814), summoned his friend, and the two rode together on horseback to the house of the distressed widow.

Not long after they had set out together, a robber stopped them. Threatening them with violence, he demanded that they hand over all their money. Whitfield and his friend did not hesitate; they handed over all their money, including the 5 guineas intended for the widow. The robber then departed, allowing the two men to continue on their way.

Soon, however, the robber turned back in the direction of the two men. Within a few minutes, he appeared before them again. This time he demanded from Whitfield his coat. It was cold, and so Whitfield agreed to hand over the coat on one condition: that the robber give to him his own tattered coat in exchange. The robber agreed and then turned to depart again.

Whitfield and his friend went into a nearby town to report the theft. The constable was able to locate and arrest the robber after Whitfield gave to him a detailed description of his coat, which the robber had been wearing. Later, when the two men stopped to give their horses a rest, Whitfield reached his hand into the robber’s tattered coat and withdrew his five guineas, in addition to 100 more, which had come from earlier robberies.

But the greatest eucatastrophe is the one we will be commemorating this month. The enemies of Jesus have been hounding him throughout the days of his public ministry. When he reaches Jerusalem, they finally succeed in prevailing against him. He is betrayed, arrested, tried, and crucified. The story ends in sorrow, failure and disaster. But no. In the crucifixion of Jesus, God was there, reconciling the world to himself, not counting our sins against us (2 Cor. 5:19). And in raising him from the dead, God swallowed up death forever, giving us the hope of eternal life.

Let us remember and celebrate this eucatastrophe, especially this month, as we conclude our Lenten and enter into Easter season together.

May God fill your hearts with Easter hope.

In observance of Maundy Thursday, Pastor Chris will recite the Scripture lessons appointed for the day and offer a brief reflection on them. The recording will be available on our church’s Facebook page on Thursday, April 14 beginning at 11:00 A.M.

Celebrate Christ’s Resurrection! Lilies, tulips and daffodils will be used to decorate the sanctuary for Easter. If you wish to order flowers, forms are available on the tables. Orders can also be played by calling the church office or emailing the office. You may pick up your flowers after the service or designate that they go to a shut-in. Flowers are $7.00 per plant. The last day to order is Palm Sunday (April 10).

The Adult Study Group continues to meet following worship in the Memorial Room. However, we will not meet on Easter Sunday. Join us as you are able for these fascinating video lectures and lively discussions led by Pastor Chris.

To my church family and friends,

After my recent shoulder surgery, your outpouring of love, cards, flowers, food, and visits has warmed my heart and made this process much more tolerable!!!! I can’t say enough about how fortunate I am to have such a caring and loving church family as well as neighbors and friends.  I couldn’t have done it without Perry’s love and support.  He is as grateful as I am.  Many thanks to you all. You are beyond wonderful!!!!

A big thank you to Warren and Sue Thompson for their continued support of our mission to deliver groceries to church families each month. Your generosity is amazing and greatly appreciated.

Any donations are very much appreciated, whether monetary or otherwise.  Mary Williams 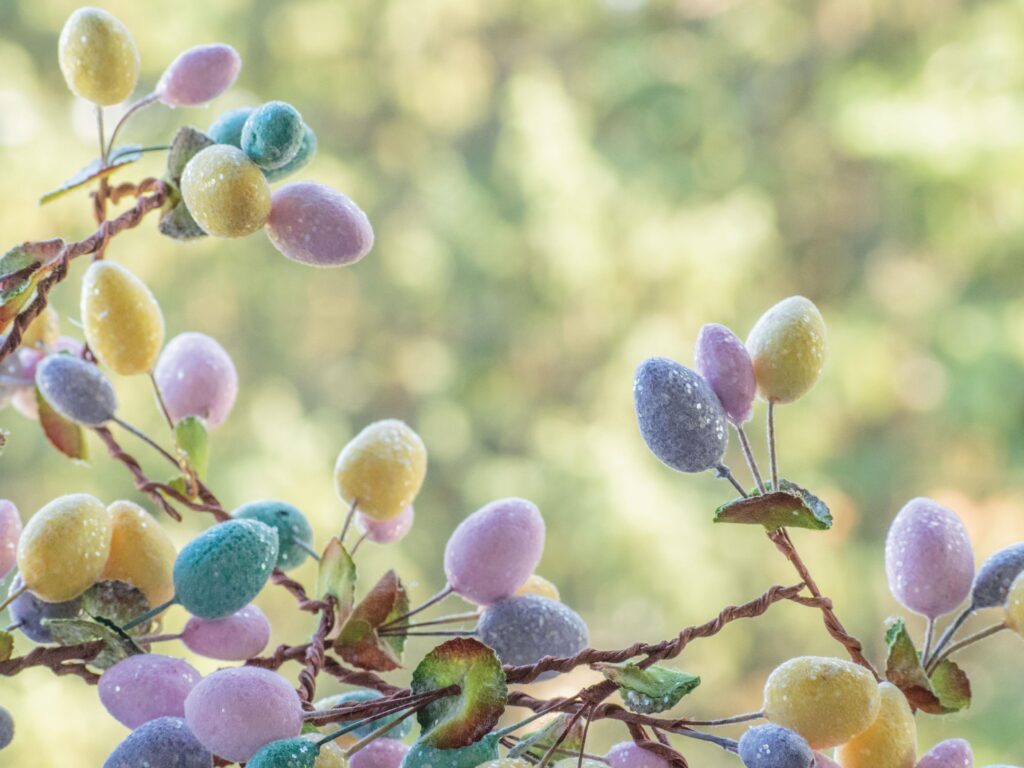 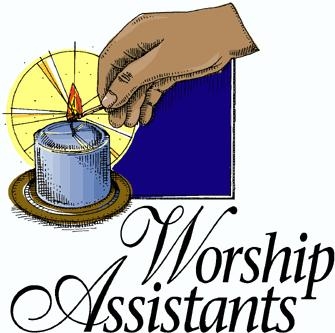 These are highlights of the February 15 session meeting:

~ Session approved holding an Ash Wednesday service
~ Following Jesus on the Way: Biblical Meditations on Lenten Themes by Christopher Dorn is available for purchase.
~ Understanding the New Testament, a video series, will be shown each week after the worship service.
~ Pastor Chris will be our church’s delegate to plan vacation Bible school this year
~ Elder Lee Hunsberger volunteered to attend the March 12 Presbytery meeting via Zoom
~ The church’s finances continue to be sound despite some market losses in January.  We expect a deficit this year which will be covered by the general fund balance.
~ The end of March will determine how much money will be available to distribute from the Kosbar Scholarship Fund. Shortly thereafter, the memorial and investments committee will solicit applications.
~ Mission committee intends to collect books for Head Start despite the fact that the Scholastic Warehouse is no longer holding its annual sale. 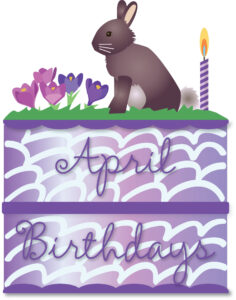 Why Christ Calls Us To Worship

Easter services are usually well attended, but what about other weeks? What draws you to worship on an “average” Sunday, and what might Jesus have in store for people in the pews?

Consider this from Pastor Charles Aaron: “Did we come to church this morning thinking it was a safe thing to do? Did we come with some expectation of receiving a blessing, a bit of comfort, but no real challenge? Did we think about the possibility that encountering Jesus would rearrange our lives, explode our priorities, cause us to give more than we ever expected? Did we think we could get a little something from Jesus, a dose of grace to help us through the week? Did we come for the fellowship, the music, the spiritual boost? No one can argue with those reasons.”

He continues: “The risen Christ, however, may have had other plans for this worship service. Christ may want to come under our skins and transform us. Christ may see through us so that something we have well hidden comes to the surface. Christ may kick out from under us the things we use to prop ourselves up but that we don’t really need. Are we ready for that? Did we bargain on that when we walked through the door today?”

—from The Wired Word 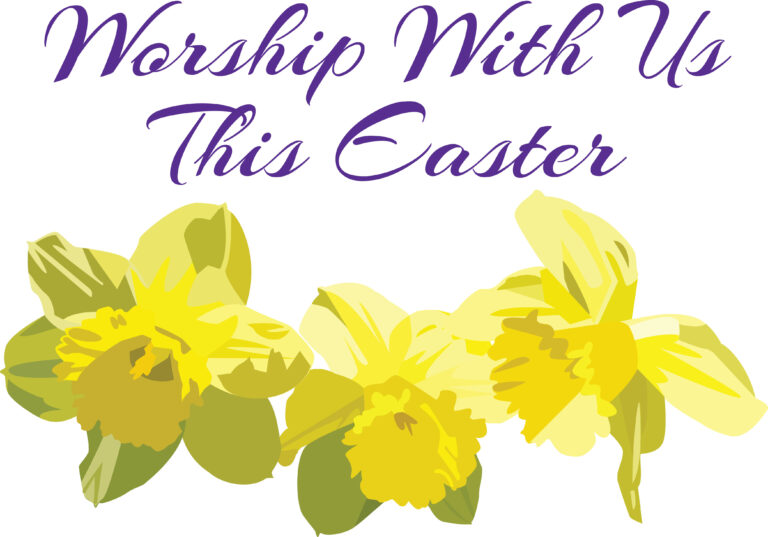 God of mercy, justice and peace:
Our spirits are heavy with sorrow, our souls shocked
at the sudden and breathtaking violence,
the invasion of Ukraine by their neighbor, Russia.
We pray for lives caught in the grip of war,
who hear the bombs in the night,
the ominous movement of troops on the road into town,
the whistle of incoming shells,
for a cry from a desperate neighbor or a shout of warning,
for those who huddle in subways and basements
or flee for the borders, clutching their children’s hands

We pray for families separated from fathers, brothers and sons
who must remain to fight and protect their homeland.

We pray for neighbors in Eastern and Central Europe
as their hearts and doors open to these refugees
that strained resources will become an abundance of hope
that fears and struggles with racism will yield to a generosity of profound welcome
that communities of faith within Ukraine will be protected from harm
and sustained in their efforts to feed and shelter their neighbors
that peacemakers and protesters in Russia will be heard and their lives preserved.

May we undergird our prayers with tangible resources to help.

May we reach deeply, give generously, and welcome extravagantly.

May we lift our voices in a strong and unified advocacy.

May we all, even as we breathe in lament, breathe out mercy, hope and peace.

And in this Lenten season, when we walk the way toward death and resurrection, repent our complicity in cultures of violence and renew our efforts toward justice and peace.