The Case For Marriage

Traditionally, June is wedding season. The days are longer, the sun shines brighter, and the growth in fields, gardens, and forests is lush and profuse. Everywhere we see signs of growth, which makes this season an appropriate one for weddings. For weddings signal growth by the promise of a new life,  the birth of children, and the growth of a new family. We were treated as a  church community to the marriage of two of our own members, Zachary Naab and Alexandra Spooner, on May 29.

Marriage is essential to human flourishing. The conclusions of multiple studies done on married people summarized by authors Linda Waite and  Maggie Gallagher in their book The Case for Marriage: Why Married People are Happier, Healthier, and Better Off Financially confirm this claim. For example, they found that married people live up to eight years longer than divorced or never-married people. Married people experience less depression and suffer less from long-term illnesses than those who are unmarried. People joined in intact marriages are less inclined to indulge in self-destructive behaviors such as drug and alcohol consumption. Married couples have sex twice as often as single people and report higher levels of satisfaction in the area of physical intimacy. Household income for couples united in traditional marriage is higher than that for cohabiting couples and those who never married. In sum, there is abundant support for the claim that married people tend to be happier, healthier, and wealthier than those who are not.

And yet today the institution of marriage is arguably in danger of total collapse. According to Communio.org, a nonprofit, Alexandria, VA-based,  research institute that consults with churches on marriage, for many twenty-somethings “hooking-up” is the preferred alternative to the intentional search for a durable relationship whose natural end is marriage. Recent academic  research reveals that the most frequently occurring time a couple first has sex  is “before the relationship begins.” The majority of millennials and GenZs consider cohabitation a better option than marriage, despite the overwhelming evidence that cohabitation increases the likelihood of single parenting,  domestic abuse, and divorce (if the couple should ever get married).

Communio makes the bold claim that “marriage is the most urgent ministry  gap for the church.” I’m inclined to agree. In fact, in recent months I have told several friends and family members that if I had known beyond a shadow of a doubt that my lot in life was to be that of a parish pastor, I would have focused on more adequately equipping myself for marriage ministry. Of course, hindsight is 20/20, as they say. Even though the marriage was in crisis when I was a young seminary student, no one then spoke of its imminent collapse as an institution as many do now.

Where is the church in all this chaos? Unfortunately, it is largely missing in action. According to Communio, 72 percent of churches lack a marriage ministry; 74 percent have no newlywed ministry; 93 percent do not offer a  singles ministry; and, finally, a large majority of churches report spending zero percent of their ministry dollars on relationship and marriage ministries.

I applaud the work that Communio is doing to remedy this problem. To be sure, human commitment is fragile and the love of sinful human beings is imperfect. There will be broken relationships in the church as long as Christ tarries. Therefore we ought always to serve those who seek healing for the wounds they have suffered because of them. But we also serve people by guiding them in their search for a suitable mate, supporting them as they work out the inevitable problems that come up in their relationship, and teaching them how their marriage glorifies God and witnesses to the love that Christ has for his church. For “marriage should be honored by all” (Hebrews 13:4).

Join us for worship: We are offering worship in-person with precautions
or
join us for online services on Facebook at First Presbyterian Church Ionia 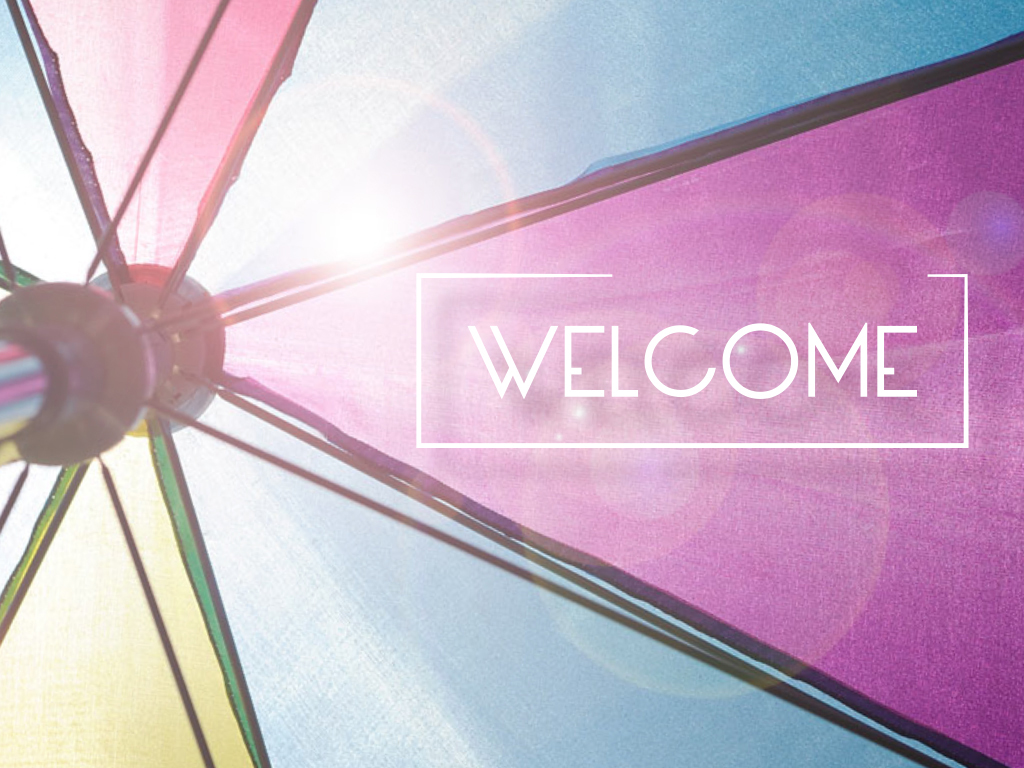 A Note of Thanks

About a month ago, there was a  malfunction with the pastor’s  chair. Warren was gracious enough  to repair it only to have it break  again. Due to its longevity and the  chance Pastor Chris would end up  on the floor, the decision was made  to use memorial funds to replace  it.

Purchasing a new chair from a  local business, Holliday Interiors  Office Furniture, was the right thing to do. We ordered a new chair, and it was delivered in record time. When paying the bill,  we were informed by the owner,  Todd Holliday, he was donating it to our church. We are very appreciative and thank Todd very much for his generosity!!!!

Grocery delivery was made on May 18. We are assisting only two families at the present time. The other two families are attempting to make it on their own. While this is great news and admirable on their part, I stay in contact with them and check each delivery to see if they need anything.

A huge thank you to Jen Furman for her continual support. 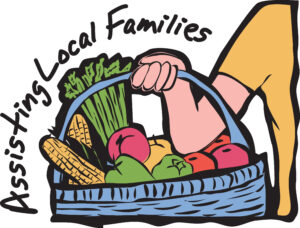 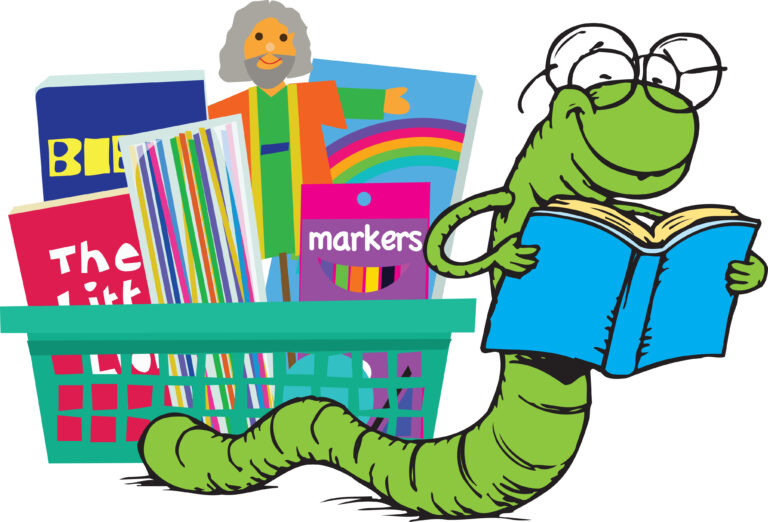 One hundred fifty new and gently used books were delivered to the children in the  Ionia Head Start and Developmental Three and Under Programs at Welch  School. The church for years has provided books to these children in the hope that by having their own books, they will want to learn to read.

The staff was very appreciative. They commented on how they had missed the church’s participation in their program this year. They mentioned Mr. Lee and Mr.  Keith were deeply missed. Due to covid, their program was frequently interrupted.  Additionally, they were not able to have any outside visitors or volunteers at the school. They look forward to our help and support in the near future.

Each June the Ionia Airport comes alive during the School of Missionary Aviation Technology’s (SMAT) Community  Days. Save the date JUNE 19TH.

Starting at 7:30 AM with a 5K run and pancake breakfast fly-in, the day will be filled with activities for kids, airplane rides, facility tours, flight simulators, door prizes, food, and much more.

The Ionia Chamber of Commerce is partnering with SMAT  to showcase local businesses and organizations with space to accommodate between 60-80 vendors. To end the day,  there is a 7-8:30 PM Bruce Matthews band concert. It should be a fun-filled outdoor day! Thank you SMAT for being a part of our community.

Pastor Chris will be officiating at Sue Reglin’s graveside service June 21, at 2 PM, at the Easton  Cemetery on Johnson Road, which is located between M-21 and M-44 on the east side of the road.  Sue’s daughter, Shelly Reglin, invites and welcomes her church family to attend.

Meijer makes it simple to give to your local food bank. From now through July 3, 2021, purchase a $10  donation card when you go through the check-out. Meijer will make sure the money gets to the Zion Food  Pantry.

On June 19, Meijer will match donations (up to $10,000 total). So mark June 19, on your calendar, go to Meijer and buy a donation card at checkout. Together, we can help end hunger in our community.

Worship in the Park

Instead of worshipping in our sanctuary on Sunday, July 4th, we will be worshipping with The Well Church at  Bertha Brock Park starting at 10:30AM. Following the service, games, bounce houses, and prizes will be provided for the children. Come and join us at this outdoor service.

~ Alexandra and Zachary were baptized on April 4. They will be married in the sanctuary on May 29.  ~ Presbytery thanked the church for full payment of per capita.

~ Pastor Chris will conduct elder training at the May session meeting.

~ Session authorized the purchase of a multi-function color printer.

~ Session authorized combining the music fund and the children’s fund with named memorials intended for the same purposes.

~ Session agreed to put hymnals and songbooks back in the pews.

~ Session reviewed the church’s child protection policy vis a vis state law. The clerk is obtaining a signed form from each individual volunteer as required.

~ A discussion was held about outside groups using the church. The consensus was that a written policy needs to be developed that would guide decision-making. In general, it was agreed that any such meeting should be in line with the purpose of the church. 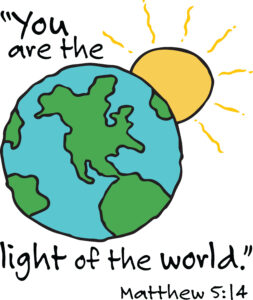 In January 2021, National Youth Poet Laureate Amanda Gorman presented her poem “The Hill We Climb” at the presidential inauguration. The final lines read: “For there is always light, / if only we’re brave enough to see it. / If only we’re brave enough to be it.”
How often we long for light! In recent years we’ve agonized amid pandemic, angry politics, and a new awareness of racism.  Some have suffered deep sorrow. But Jesus says, “I am the light of the world” (John 8:12) and invites us to turn to him. God is always bringing light into darkness, through helpers, healers, peacemakers, friends. Sometimes bravery is required to turn our focus from the negative to the positive — to see the light of  God.

Jesus also says, “You are the light of the world” (Matthew 5:14, emphasis added) and calls us to brighten the gloom. That requires bravery, as Gorman notes, but as Christians, we’re urged to look for light not just to make our own lives better but to shine into others’ lives too. The Holy Spirit gives us the needed courage —  to both see and be light.