About two months ago I announced to the congregation an event organized by the Calvin Prison Initiative at the R.A. Handlon Correctional facility and the Catholic Dioceses of Grand Rapids. It was named the Third Annual Restorative Justice Conference, with the theme “radical forgiveness.” Two from our congregation expressed to me interest in going, and so early on Saturday morning, October 19, the three of us made the trek from Ionia to Cathedral Square Center in downtown Grand Rapids to attend the event.

None of us knew quite what to expect. After we registered, we found a seat at one of the several round tables arranged in a rather large hall. Once all the registrants were settled, one of the organizers stood up and addressed the group. He told us about the history of the conference, what its aims are, and what to expect in the hours to come.

Soon after he finished speaking, another organizer stepped forward to introduce the keynote speaker, whose name is Kate Grosmaier, author of the book, Forgiving My Daughter’s Killer: A True Story of Loss, Faith, and Unexpected Grace. She held us all spellbound as she recounted the tragic story of the brutal murder of her nineteen-year old daughter Ann at the hands of her daughter’s boyfriend, Conor. We found her courage and determination to obey the gospel’s mandate to forgive those who have sinned against us admirable. One of the many high- lights of her story that stood out to us as we discussed the presentation on the ride home is the following:

Kate refused to let Conor, her daughter’s killer, whom she knew and loved and anticipated one day having as a son-in-law, be defined by his worse moment. That theme came up more than once in the course of the activities of the day. No doubt, it is challenging to adopt that perspective, to say the least. For me it raised the questions: Is it possible for us to see beyond the injury done to us into the face of the flawed and broken individual who committed it? Put otherwise, is it possible to hate the sin, but to love the sinner? Of course, none of this is possible apart from God’s grace; we cannot do it in our own strength. But God’s grace doesn’t necessarily make it any easier for us to face these questions in our moment of truth.

Between the speakers and panel discussions were video presentations. These were taped in the prison, where inmates involved in the Calvin Prison Initiative appeared to share their own stories about forgiveness. I confess I have a stereotype of a criminal sentenced to life in prison for murder: he is cold, heartless, and hardened. He has no remorse for his past because he has no con- science. That stereotype was shattered for me when watching the interviews of these men serving their life sentences. One told of the mother of the young man he’d murdered. She had found faith, and ten years after her loss, wrote a letter to her son’s killer. In the letter she told him how her faith had motivated her to reach out to him and offer him forgiveness. As he related the shock he’d felt in reading the letter, the inmate broke down and wept. He could scarcely recover his composure to continue.

Others spoke of the regret over their past. One of us expressed surprise at hearing how hard these inmates found it to forgive themselves for what they had done. In finding forgiveness from God and in some cases those whom they had harmed, they found a new beginning. Even though they’d forfeited their lives, and deserved nothing more than to languish in jail for the rest of their lives for their crimes, they found grace.

I cannot imagine how it must feel to lose one dearest to me at the hands of a murderer. And, to be honest, I cannot even imagine how I’d find the courage as Kate Grosmaier did to extend forgiveness to the one who murdered my loved one. But I can say that the conference impressed on me ever more deeply how great, how all-embracing is the grace of God shown to us in Jesus Christ. That, it seems to me, ought to be our focus, whether or not we are ever in the excruciating place where we have to come to terms with someone who has wounded us badly. That grace changes everything—both for sinner and sinned-against alike.

On the Calendar this month… 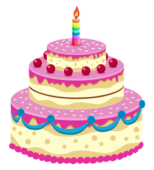 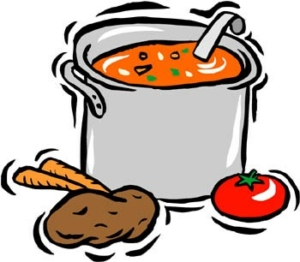 Mark your calendar and invite your family and friends to this event.
More information to follow in bulletins and in next month’s FPC newsletter. 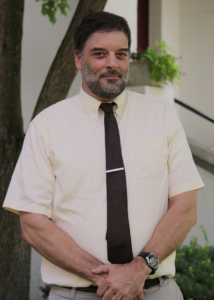 Gas and Electrical Expenses for September

Plans for a women’s Bible Study group are underway. We will begin in mid October with a five week study using the book The Return of the Prodigal Son by Henry Nouwen. We plan to meet in the evenings, beginning at 7 PM, to allow those who work during the day to attend. Wednesdays or Thursdays are being considered with members meeting in homes of those wishing to host.
If you are interested in being a part of this beginning study, please sign up in the fellowship area or call/text Carol Campbell at 419-937-5754. Indicate which night would be preferable to you, and we will select the one when the most people can attend! Once we know how many interested folks there are, books will be ordered. It is hoped that this will be the beginning of one or more Bible Study groups in the church! Let us hear from you!

The Presbyterians on the Go will continue meeting the first Thursday of each month at 10:30 A.M. for a travelogue. Everyone is welcome to come, young or old.

There will be no travelogue on September 5th, instead we will go to the Commission on Aging for lunch.

Please join us for worship on November 3, when we celebrate All Saints Day. We will honor Oscar Johnson who left this earth to join his Heavenly Father this past year.

The Children’s Christmas program will be December 15th, during church.

His new address is:

A minute for Session

Session Highlights These minutes are of the June 17, 2019 meeting.

Newsletters, Calendar and more at 1stpreschurchionia.com 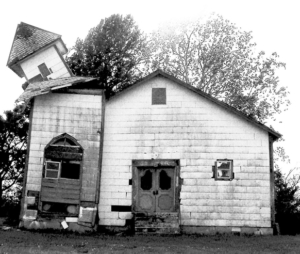 Parable of the Dead Church

A person once called a pastor to say he wanted to join the church. But, he went on to explain that he didn’t want to worship every week, study the Bible, visit the sick, witness to non-Christians, or serve as a leader or teacher.
The pastor commended him for his desire to join, but told him the church he sought was located in another section of town. The man took the directions and hung up.
When he arrived at the church, the man came face to face with the logical result of his own apathetic attitude. There stood an abandoned church building, boarded up and ready for demolition.