Will We Build a House For God?

David was anointed by Samuel the prophet to be king over Israel. Between his anointing and his accession to the throne, however, there was a long interval. But at last God gave David rest from his enemies, and he began his reign in Jerusalem. He was content, and grateful to God. But then he noticed something. While he lived luxuriously in a palace, there was no place for his God to dwell. He then resolved to build a house for God.

Does God need us to build a house for him?

Today the world pressures us to embrace movements, promote causes, and advocate for groups. But seldom if ever does this bring us together, because there is always a segment of the population that resents the pressure and feels offended when their refusal to get on board is condemned as moral defectiveness. To be told you are not a good person does not endear you to the one who arrogates to himself the right to tell you this. Nevertheless, should the church resist this segment of the population and get on board? But then, is the church to allow the world to prescribe to it the world’s agenda? History teaches us that that has never been good—either for the church or for the world.

After hearing from God in prayer, the prophet Nathan went to David to give to him the following message: “This is what the Lord says: Are you the one to build me a house to dwell in” (2 Sam. 7:5)? No, it turns out that God neither needed nor wanted David to build a house for him. But God had an even greater plan: “Now then, you are to tell my servant David that this is what the Lord of Hosts says…The Lord declares that he himself will establish a house for you” (2 Sam. 7:8,11). By this God meant the divine guarantee of the royal line of succession that would ultimately culminate in Messiah, the Son of David, whom we know as Jesus Christ. He is the hope of all the nations, and his kingdom shall have no end.

Jesus Christ is the pledge of God’s unwavering commitment to us and to the world. For Jesus’ sake, God is actively involved in our world. If we seek his will, if we go to him in prayer, he will show us where he is working, and will open wide the doors of opportunity for us. God gives to his people the very great privilege of serving him as his vessels and instruments to accomplish his purposes in this world. Whether we work with children, young people, the underprivileged, refugees, or with local social or civic organizations, we will find that God has already gone ahead of us. God is waiting for us in the places where he has invited us to serve him, eager to show us around. I myself have had this experience, as I am sure many of you have. As I learned to get on board with God’s agenda, I enjoyed a satisfaction and a sense of purpose that it is God’s will to give to his people.

The Apostle Paul assured the church in Thessalonica that he was constantly praying for them, asking God to enable them to live a life worthy of the divine call. His prayer was that God give them the power to accomplish all the good things their faith prompted them to do (cf. 2 Thess. 1:11).

My prayer for you is the same.

The Penny Project jar from the memorial room was emptied and counted with $137.26 donated by the congregation. Portland Credit Union processed our coins at no charge. We thank them for this kindness.

These monies go to the camp fund. As it turns out, Camp Greenwood was closed in June due to the corona virus. So the money will be used next year. Thanks to all for contributing your coins! 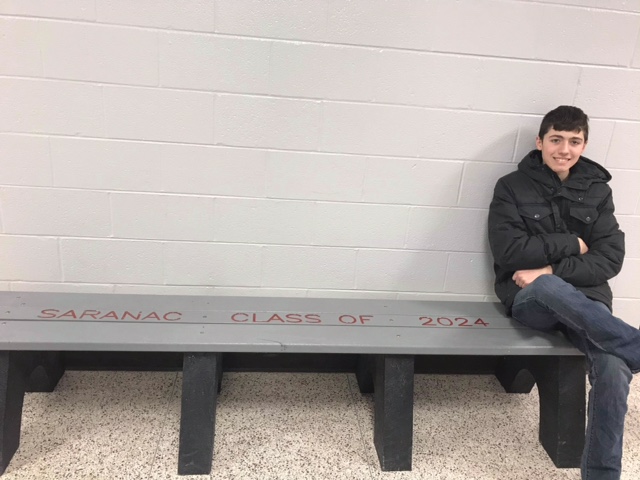 Carter Wells, the young man who has been collecting bottle caps to build benches, would again appreciate our help. His project is continuing through Saranac Schools.He graduates in 2024!

When church services begin again please drop off your bottle caps, plastic only, in the shopping cart by the main floor restrooms. Thank you for contributing to this recycling project!

We continue to make a food delivery to our church families every 2 weeks. As always, they are extremely grateful. As I have said before, it is great to see the girls.
This month I am approaching this subject from another angle. If this assistance is going to continue, I am coming to you with an open hand. Any donation you feel comfortable contributing will be gratefully appreciated. One extension of this project I would like to make is helping the girls get ready for school…whatever that looks like, whether it is online or actually in the classroom. With all of the time I have spent with these families, I know any help will be appreciated. I, in turn, am asking for your help. Donations can be sent to or dropped off at 60 Northland Drive, Ionia.
God bless all of you. Mary Williams 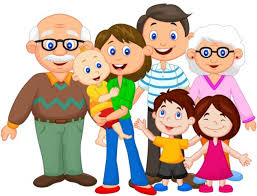 The Women’s Bible Study group had an outdoor get-together recently to share with each other how we all have been faring during this strange time of social distancing and, for some of us, isolation except for family. It was so good to see a portion of our church family in person (although 6 feet apart), to catch up on news, to share, to laugh and just to be with each other after such an extended absence!
As our corona virus situation and resulting ramifications continue, let others of us try to support members of our church community by planning face to face encounters, especially while the weather allows. Small groups of ten or fewer could meet on porches, decks, or patios. Think about inviting a few folks who sit near you in the pews, or someone you would like to get to know better, to come for an hour or so to visit and compare notes as to how to pass the time as our situation dictates. We need to stay connected to one another and support one another as a Christian congregation.

After more than four months of having to refrain from worshipping together in our sanctuary due to the COVID-19 pandemic, Session leaders made a prayerful and unanimous decision at their June 30 meeting to reopen our sanctuary for public worship, beginning August 2. While the corona virus remains at large, we believe current conditions can allow for public worship to be held safely once again, provided that certain precautions be taken.

~ We will resume our service schedule with worship at 10:00 AM.
~ No food and fellowship time will be offered following the service.
~ No children’s ministries or nursery will be provided.

This marks “phase 1” of a three-phase reopening. Other Sunday morning activities will resume at later phases.

For everyone’s safety, we are asking that all attendees follow these guidelines.

1. Refrain from all personal contact (hugs and handshakes)
2. Maintain social distancing (keep six feet apart from all but immediate family members)
3. Wear face masks made available or bring your own.
4. Refrain from singing.
5. Use hand sanitizer made available at the entrance and in the sanctuary.

Additionally, bibles and hymnbooks will be removed from the pews. An offering receptacle will be placed at the rear of the sanctuary. Seats in the pews will be designated. Some rows of pews will be closed to ensure proper social distancing. The worship service itself will be shortened.

Most importantly, we are asking any who are feeling sick or exhibiting symptoms to please stay home. We also recognize that not everyone will be ready to return to public worship. No one should feel under any obligation to come to church at this time. We will continue to provide “virtual” worship services to minister to and support our members and friends who choose not to come.

If conditions deteriorate, we will exercise the option of suspending once again public worship until they improve. How will we determine objectively that the conditions have indeed deteriorated? An obvious criterion is a regression from stage 4 in the State of Michigan’s current plan to reengage the economy to stage 3, when stricter social distancing measures will once again be the order of the day. All this is to say is that pastor and session intend to remain flexible and responsive.

We realize that this will feel strange to us, but we are convinced that being together even under these restrictions is better than nothing at all. Things are not as we wish. But to be in each other’s presence and to reconnect after such a long hiatus will refresh our spirits. We thank you for your patience with us during these trying times. The precautions spelled out above are intended to ensure the safety of all who come. If you have any questions or concerns, please don’t hesitate to contact me.

On behalf of the Session, Pastor Chris

God our Savior, as we meet together on the first day of the week, reprogram us with your wisdom. Give us the capacity to work boldly and humbly with the risks and opportunities which confront us,knowing that nothing is ahead of your foresight nor outside of your strength. Through Jesus Christ our brother and Lord. Amen. 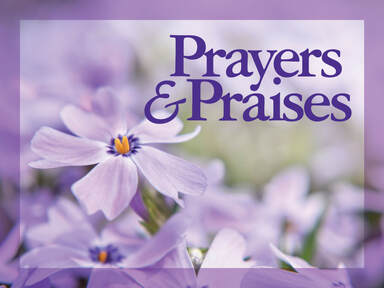