In view of recent events on our political stage, there is an urgent need to recover the affirmation that Christ is king. He is the king to whom our allegiance ought to be uncompromising. Our allegiance must never be divided. The Scriptures nowhere teach that Christ has a vicegerent whom he deputizes to rule in his stead, not even a strong leader among our fellow citizens in these United States, neither Republican nor Democrat, not now, not ever. Most Christians in America today will agree with this in theory, but it is not always clear that they agree with it in practice, especially in recent years.
What accounts for this tendency to give our allegiance to a mere human being, a political leader, a tendency that for each generation is an ever-present danger? In short, it is unbelief. This takes a subtle form. Author Paul F. Zahl points out that it is natural for us, especially in a culture that has been influenced by Christianity, to settle for a sort of “Christianity-as-great-idea” view of religion: Jesus as the teacher, Jesus as the law-giver, Jesus as the way-shower. These are ideas with which we all grew up, especially if our parents brought us up in church. We can admire Christ and be moved by his example in word and deed, but still be on the outside of anything objectively real with respect to him.
This is a dangerous place to be. It happens when people regard Christ as no more than a set of ideas. But here’s where the danger lies. Ideas are transferrable. One person, as well as the next, can embody them. If this is the case, then the next person in effect replaces his predecessor. The people then turn to him to guard and keep them and their way of life. They invest their hopes in him. But at what point does this political leader morph from the embodiment of the Christ idea into the Christ figure? At that point, there is idol worship.
In this connection, author Matthew W. Bates invites us to consider the following. We are created in the image of God. As such, we have been made to reflect God’s glory. But the glory that this image is meant to irradiate has been distorted by the fall. As a result, we, along with the rest of creation, fail to experience God’s glory in creation through his image-bearers as God originally intended it, and the creation falls into corruption. To persist in our expectation that a mere fallen human being can mediate God’s glory is to deny this fundamental truth. “For all have sinned and lack the glory of God” (Rom. 3:23). And this denial does real damage to us. We need look no further than the stories of murder, sexual degradation, violence, and hubris in Genesis 4–11 or Romans 1 (or the news on TV or the Internet) to see what happens to us and to creation when we fail in our vocation as God’s image-bearers.
The good news is that in the incarnation, the Son of God comes to us as true man. In his humanity he fully images God. He flawlessly reflects the glory of God. And in his humanity he has been exalted as king to God’s right hand. We affirm this implicitly whenever we acknowledge Jesus as the “Christ.”
There is more. The Apostle Paul tells us that as we behold his glory, we are being transformed into the same image (2 Cor. 3:18). In him, God is setting us free to be truly human as we are increasingly conformed to the image of the Son, the one who fully images God. Indeed, the whole creation longingly awaits this transformation (Rom. 8:19): for it is with the freedom of the glory of the children of God that the creation will, at last, be released from its bondage to corruption (Rom. 8:21).
Jesus is the king, and he will share his power with no earthly ruler. He is the only one who will ultimately satisfy our hopes and aspirations. He is the only one who has the power to establish the peace and prosperity that is the legitimate longing of every human heart in this fallen world. When times are chaotic, when our institutions break down, and there is profound civil unrest everywhere, we long for a strong leader to restore order and to heal our divisions. By all means, let us work for the common good with our elected leaders, whomever they are, avoiding divisive partisanship, wherever we can. But let us not give our ultimate allegiance to them. They can’t save us. Let us instead pledge our loyalty to the crucified, resurrected, and ascended Jesus, the king of kings and Lord of lords. Let us find our courage in him in unstable times. He is the wise and benevolent king. He is faithful to watch over us and provide for us. He is seated on a throne that cannot be shaken. In him, we and the entire creation will be renewed.

At the session meeting on January 19th, the session decided not to resume in-person worship at this time.
A number of factors were considered.  In an effort to be as prudent as possible and following the medical experts, it was felt that the coronavirus is not under control, and the vaccine rollout has been slow.

The session will again review their decision at the next session meeting, which is February 16th.

Staying connected is important.  Pastor Chris continues his virtual worship service on Sunday morning at 10 AM via our Facebook site.  Also, a written copy of his messages is archived on our church website. www.1stpreschurchionia.com

We pray for your continued good health and safety.

In the calendar year 2020, the church had revenues of $74,426.  Expenses (not counting roof repairs) totaled $80,402. We were fortunate that we had savings to cover the deficit.

At its December meeting, session approved a budget for 2021 which anticipates $79,185 in general fund revenue and expenses of $98,254. The deficit will be covered by savings and unanticipated gifts.

Since we have not been gathering regularly, 2020 donation statements were mailed this year.   If there are any questions, call or text Lee at 517 348-9669.

Someone asked me recently when stewardship is over. It is never over. Unlike a budget year, we never close the books on stewardship. It is never too late to send in a pledge for the calendar year 2021.

As of January 22, seventeen groups had pledged $49,270 for general expenses. Ten groups had pledged an additional $4,600 toward the match for the grant pastor Chris obtained. We estimated (based on past giving) an additional $6,010 from groups who haven’t yet responded So, our anticipated total is approaching $60,000. This is very gratifying, particularly during the trying times we are experiencing.

We (I always say “We” because Margaret Gregory and Pastor Chris accompany me) delivered groceries to our families on January 4. It was the first delivery since early December. As always, we were greeted with smiling faces and young girls wanting hugs!

We will be delivering groceries again the last week of January. At the present time, we have funds to cover this delivery and one in February. I know times are not the best right now, but if you are able to make a monetary donation in any amount it would be greatly appreciated. You can drop it at my home or mail it to me. My address is 60 Northland Drive,  Ionia.

If anyone would like to establish a monthly donation, that would be great. I would be able to budget the volume of groceries I can deliver that month. It would let me plan what groceries I need. I always try to take breakfast items, and ingredients for at least a couple of meals. I also include paper and cleaning products.

If you have any questions,  please don’t hesitate to contact me. My number is 269-838-6671.  Thank you for your continued support.  Mary Williams

Bottle Caps
Plastic bottle caps are still being collected for the project to recycle and use them to build benches. If you have a sack full that you have been saving, you may drop them off into the shopping cart at the church. The building is usually accessible on Tuesdays and Wednesdays from 9 a.m. to noon. Thanks!

Krista Botting, representing the Greenwood Ministries Association, informed us about an auction to raise money for “…upkeep and improvements of rental property attached to Camp Greenwood and other property maintenance.” You can access the auction on-line from January 24 to February 13 at campgreenwood.org./auction.

Krista, who most of you know because she grew up in our church, has been very involved with efforts to purchase the Camp and keep it going! Go Krista!

~ Sunday services will continue on Facebook until regular in-person services can begin.

~ A group of elders met with a content representative for a company that helps increase website traffic. Action was deferred until after in-person worship commences.

~ The leaky flat roof is repaired and a final payment made to Spartan Roofing from the capital building account.

~ All winterization activities on the building and grounds have been completed.

~ The active membership rolls were reviewed and updated. Pastor Chris sent a letter to those who will be placed on the inactive list.  They can reactivate at any time.

~ We continue to take food to four families who are struggling due to the pandemic.

~ Contacts are being made with families to determine their wishes in using memorial funds. 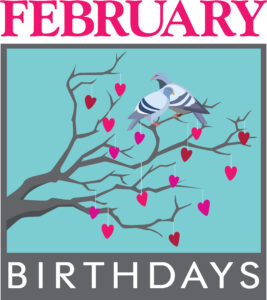 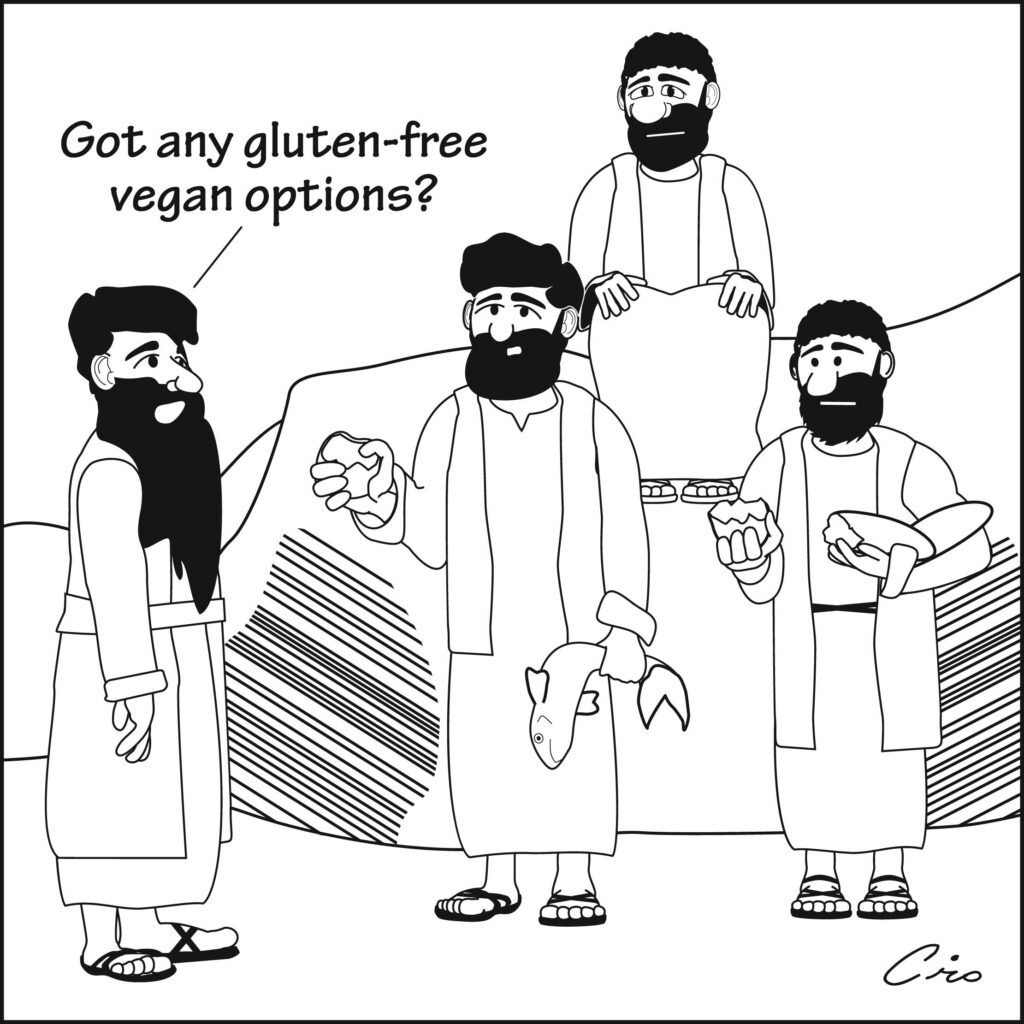 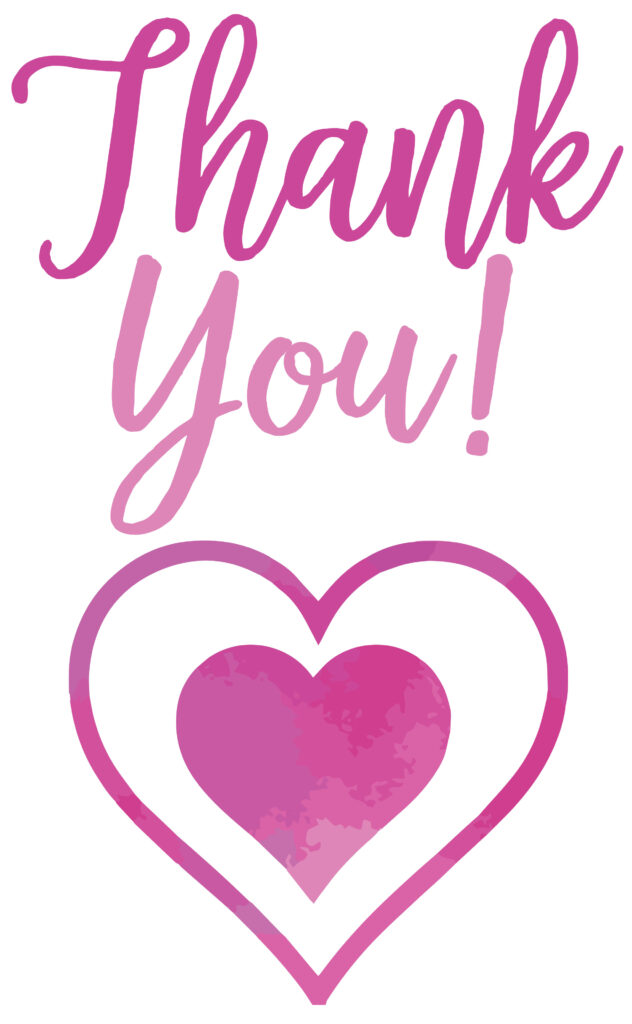 Deb Montgomery, who served our church as an administrative assistant for the last several years, recently resigned. Deb has been battling a plethora of health issues for many months. Early in the new year, Deb endured major surgery and is now in rehabilitation at Mary Free Bed.

Deb has been a major fixture in the office. We will miss her. She took her job seriously. She was often challenged to learn new things and rose to the occasion. Deb had an unusual job – she didn’t just work for one boss; she had twelve (the pastor, the clerk, and all the session). If they had something that needed doing, she did it. It took a lot of patience and adaptability to function in this type of environment!

She loves her family and enjoyed talking about them when asked. We know she looks forward to spending more time with them. For Deb, we pray a speedy recovery and return home.

Anyone wishing to send her a card, please send it to her home address: Deb Montgomery,

Thoughts to ponder during Lent 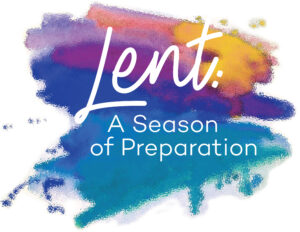 Most fasting involves temporarily giving up something you enjoy. When you long for a cookie or a favorite show, you instead turn your attention to God, reorienting yourself to his best.

Catherine Marshall, in A Closer Walk, presents a different approach she calls fasting from “criticalness.” God dealt with her judgmental spirit by prompting her to spend 24 hours without criticizing “anyone about anything.” At first, Marshall felt rather empty when she didn’t engage in a heated political debate. But friends and family didn’t seem to miss her comments. Plus, God replaced the energy she’d spent attempting to correct others with energy and creativity to positively influence them.

A critical spirit can make us lose perspective, joy and even relationships. It also can prevent the good work God wants to achieve through us. Consider what could happen as a result of your own “criticalness fast.” Pray for God to do the correcting while you focus on building up others. 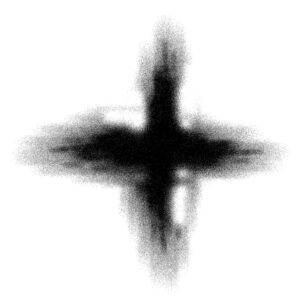 A Prayer for Ash Wednesday

Holy God, today we pause from the hectic,
and often arrogant, projects of this world
(which are here today and gone tomorrow)
to take our bearings and repent.
In your holy and all-knowing Presence
we remember that we are all made dust
and to dust we shall surely return
yet Christ shall give us life eternal!
Amen!     —Bruce D. Prewer